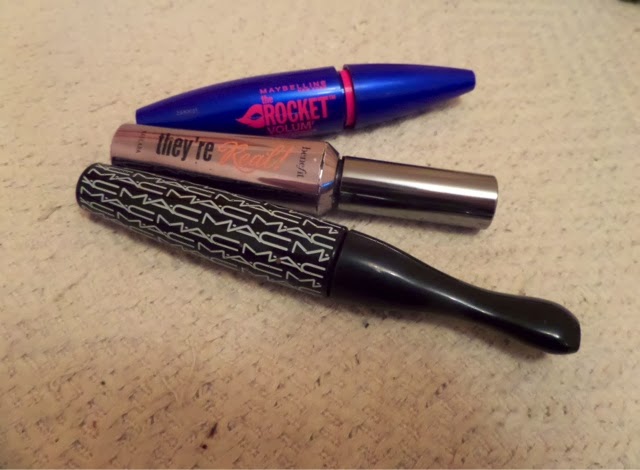 Benefit or mac? High street or designer? They all must use similar ingredients which should all work nearly the same right? For years I have used ‘Maybelline’ and currently using their ‘rocket volume lash mascara’ which I’m happy with, but if anyone was thinking of buying the ‘Benefit They’re real!’ Or the ‘Mac extreme dimension’ mascara have a look below ! Pros/cons and photos included! 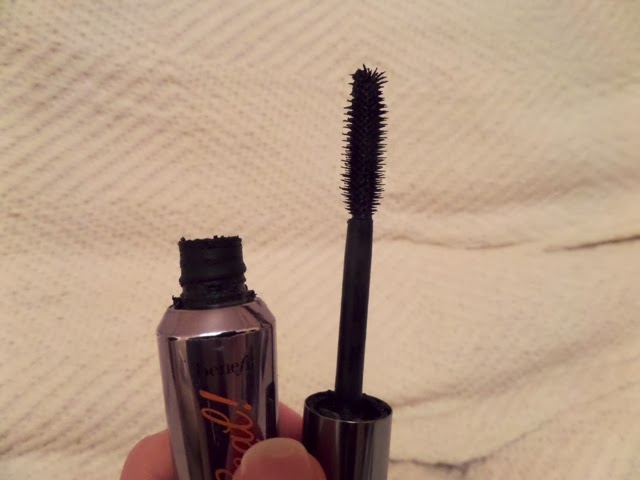 Bought this after my holiday when I saw it in the airplane catalogue back in August.  Boots at the time had a deal when buying the mascara you got a free mini travel mascara too (not complaining it’s an extra few mils of mascara and it’s a decent size for my clutch bag)

I will admit, I started using make up fairly late into teens and still feel like an amateur with it. To me, this mascara was a lot of money (however I would happily spend £80 on a coat!) I guess everyone’s priorities are different ha! But yes I thought it was a fair bit since I normally use mascaras no more than a tenner! 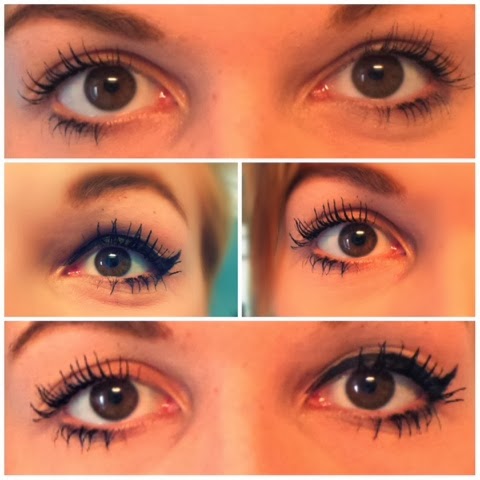 I would have taken a full face pic but these photos were taken months ago when I was using this mascara, and have no intentions in buying another tube, just to take a selfie! Sorry!

– the mascara dries up quickly in the bottle

– need to use a lot of layers to thicken

All of the things listed are in fact TRUE and I do agree with all the them. I was especially impressed with the length it made my lashes and really opened my eyes, even for a natural look.  With previous mascara the lashes would get clumpy but with Benefit, the lashes always remained seperated and defined.

However I think I won’t be buying this mascara for the future. I can normally make my cheapy mascara last at least 3 months before it starts to slowly dry out but felt with using this one the brush didn’t feel as coated after a month and had to keep on using loads of layers to just get a standard amount out of the bottle (I probably use up to 3 layers max)

£18 for some mascara that goes slightly downhill after a month of using it? I felt bad going back to my Maybelline but all it did was make me appreciate how much I do love that mascara ha!

I know that you can make mascara last a little longer by putting a couple drops of warm water into the bottle. Or even leaving the bottle in warm water for ages to help melt the dried up bits of mascara inside the bottle. Maybe I should have done that? Anyways.. 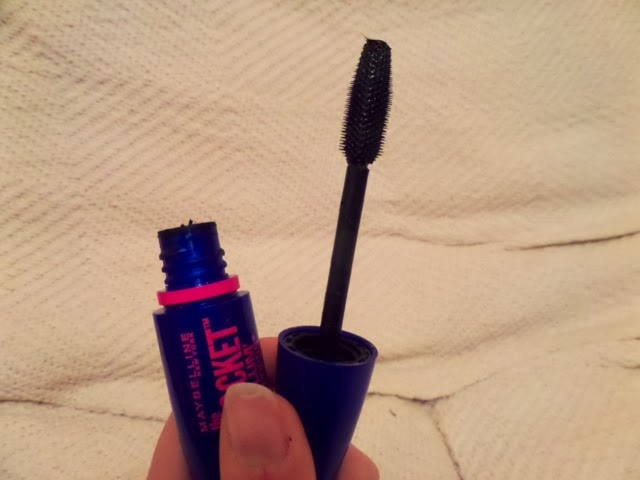 I have used this mascara on and off since it first got released. The reason why it’s been an on-off mascara is because it’s nice to try something different just to see if there is something better out there (this mascara does seem to come running back to me though!) 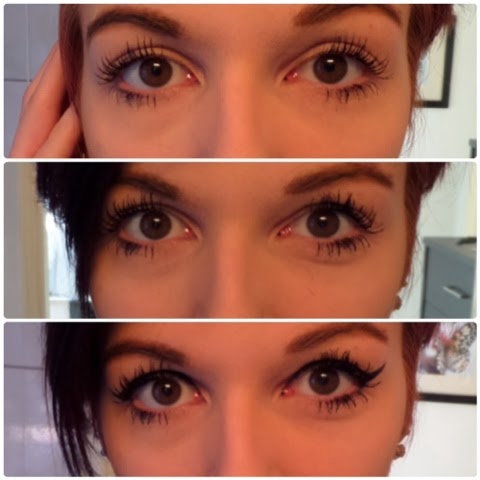 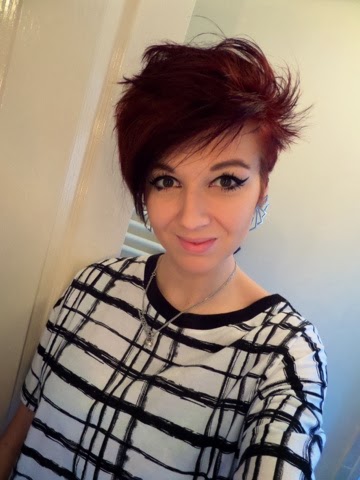 – it curls my lashes

– one layer does coat the lashes fairly well anyways.

– people have asked if I’m wearing false lashes with this mascara.

I’m putting this out there, when I was really experimenting with mascara through teens at one point I was using 6 different brands AT A TIME! (What on earth was I thinking?!) but you are never going to find a mascara that literally does everything! Tbf combining the last bit of my benefit with the Maybelline did work for a ultimate legthen and thicken mascara.

If I had to diss this mascara in any way, I sometimes feel like I have to apply another coat later on in the day to open up the lashes again? That’s only if I’m out for the day and want to maintain looking better than decent anyways! 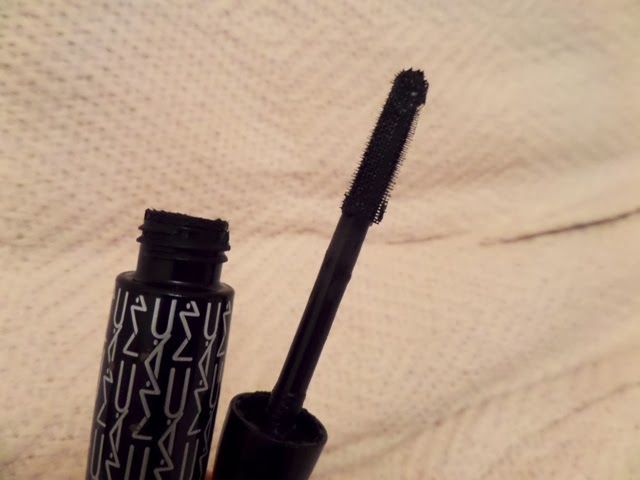 Influenced by a friend to get this! Plus people on my Instagram recommended this if they didn’t like the Benefit. I’m still in early days using this but already feel more suited to this one than the Benefit if I had to pick. I used it for a night out because I couldn’t be bothered with applying falsies and was impressed with 3 coats but I think any more and I would have looked like spider legs! 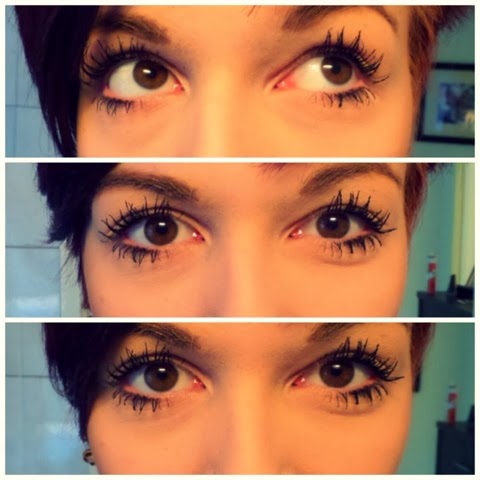 Notice which lashes are naturally longer than the other? Everyone must have one ‘better eye’ than the other surely?Top pic – one layerMiddle pic – 2nd layerBottom pic – 3rd layer 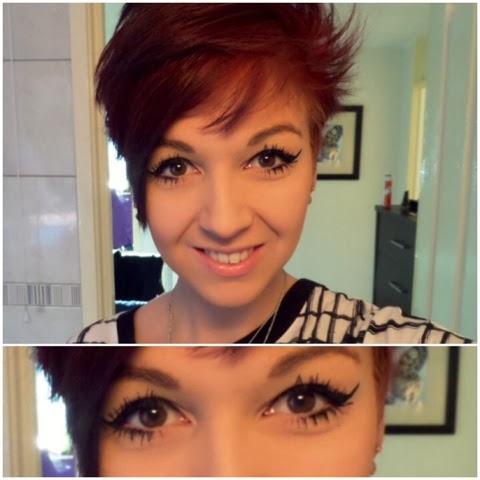 – get the impression the mascara can get clumpy?

Interested to see how long it will last for and I didn’t have problems taking this off.  So far so good ! But will I be buying this again over the Maybelline? Probably not for a while. Or I might use the Mac for special occasions but I would already buy this mascara than the Benefit any day!

Hope this helped for anyone that was going to buy any of these !